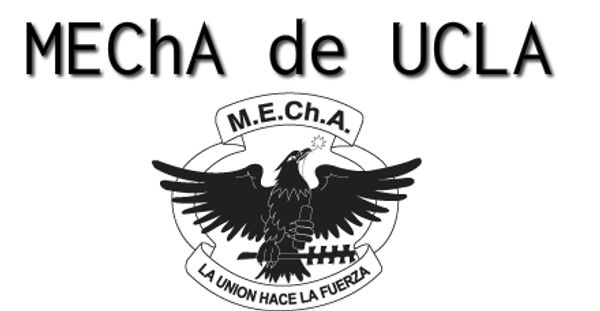 MEChA is a student organization that promotes higher education, cultura and historia. MEChA was founded on the principles of self-determination for the liberation of our people. We believe that political involvement and education is the avenue for change in our society. The organization grew during the Civil Rights and Chicano Movement in the 1960s, and the group coalesced out of several organizations formed during that turbulent decade and came together at a conference in Denver. One of the founding documents that was created in the conference was "El Plan Espiritual de Aztlán," which reflects the sentiment of the Latino/Chicano youth during an era of a turbulent social climate. In 1968, the United Mexican American Students (UMAS), Sal Castro, and other youth organized the East L.A. walkouts, called the Blowouts, a series of protests against unfair conditions in Los Angeles schools. Following the blowouts in March of 1969, students, teachers and community activists gathered at the University of California, Santa Barbara and drafted “El Plan de Santa Barbara,” which has now become important history and documented what has guided our organization to better serve our community. Through these documents, our organization is dedicated to the empowerment of Latinx students by working towards self-determination in our communities. Students develop a sense of identity, leadership and community. As an organization, we recognize our role as the official voice of all Latinx students on campus, and, taking this into account, our purpose is to advocate on behalf of Latinx students needs as well as offer our support. MEChA’s goal is to create a unity amongst students on campus and to make sure they are aware that they have a familia away from home without forgetting how community conditions have historically affected us. We aim to increase retention through our Calmecac mentoring program, increase educational access through Xinachtli, and raise consciousness of community issues with our project Yolotzonyo.